This year saw the standard of  Table Tennis improve once again. For the first time in recent memory we were able to field a full team of 12 boys. The 4 Juniors were Yousuf Dhaif, Rohan Sharma, Aamir Anwar and Amartya Sarkar. The Intermediates were Jean Boujakli, Mert Ekici, Rishi Kumra and Isa Al Khalifa. The Senior team comprised Samir Khonji, Justin Joseph, Areeb Ahmed and Hilmi Laulloo. Although many of the boys made it through to the Semi-Final stage it was Amartya Sarkar who made it all the way to the Finals. In a very close game he kept his cool and managed to win the Junior Gold Medal! 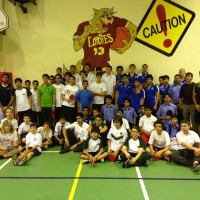 All the table tennis participants 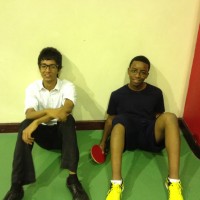 Holding back emotions after being knocked out 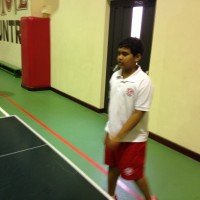 Amartya Sarkar, on his way to the final