St. Christopher’s Under 19’s Football Team recently returned from Dubai where they participated admirably in the Unity Cup. Unfortunately, the team got off to a disappointing start by losing their opening fixture, 3-0, to the American International School, Riyad. The team picked up maximum points in their next game however, when they beat the Universal American School, Kuwait (UAS) 1-0, thanks to an Aidan Shretta penalty. In match number 3, the boys played out a 1-1 draw with the American International School, Jeddah (AISJ). The next two games saw the team draw 0-0 with Kanoo from Bahrain, and then win 5-0 against First Point School, Dubai (FPS), with Rory Drummond, Jordan Baker, Louis Mulleague, Oliver Bloodworth and, once again, Aidan Shretta getting on the scoresheet. Further success followed in the next match with another victory, this time by a scoreline of 3-2, against Dhahran Aliyyah School (DAS), with St. Chris coming from behind to score two dramatic goals in the last few minutes with Aidan Shretta scoring a hat-trick. Just when it looked like St.Chris were going to make it to the final, the team went down 1-0 at the hands of Dhahran High School (DHS), meaning that the highest place they could finish in the group stage was third place. The boys had to face Dhahran High School once again in the third and fourth place play-off. However, on this occasion, it wasn‘t to be, and St. Chris went down to a heavy defeat, this time losing 5-1, with Jordan Baker getting our only goal. If only the boys had taken their chances in the first meeting between the two teams, they could well have gone on to win the final. Let’s see if they can do it next year! 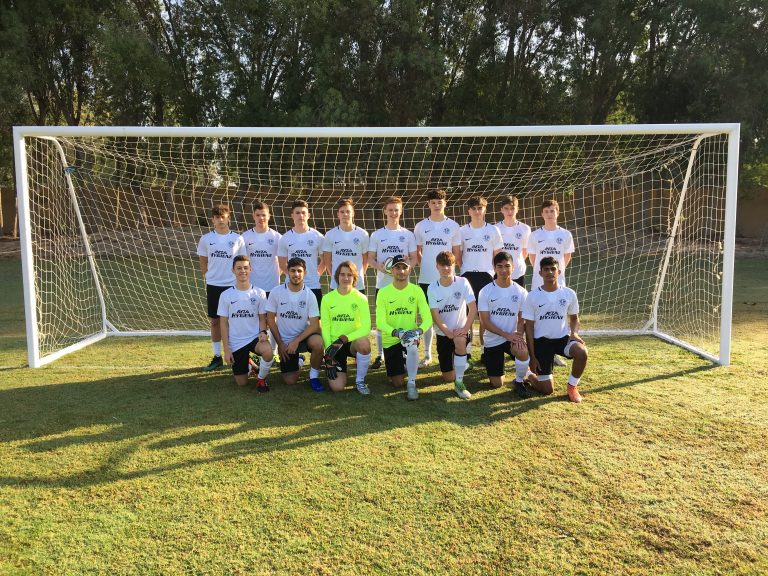