Coming off an incredible success at the BSME U15 Games in Abu Dhabi, the Intermediate Girls Football Team continued to thrive and produce exciting and fast paced football which led to them being crowned Bahrain League Champions and Tournament Champions – the elusive double. Matches were played against Bahrain School, British School of Bahrain and Riffa Views School in both the League and the Tournament and the squad of 18 girls played their hearts out in every game and remained undefeated for the entirety of the season. Despite having many other commitments and a few injuries during the season, the girls made themselves available for their matches where possible and Mr Chihwayi and myself would like to thank Gracie Nahle (Capt) and Chloe Maxwell V Capt) for their leadership skills on and off the pitch. Thank you also to Marco from Sparta who stepped in to supervise a match when both Mr Chihwayi and myself had Parents Evenings to attend to at the Senior School. A fantastic season! Player of the Season – Gracie Nahle Most Improved – Yasmine AlDoseri Squad Players – Gracie Nahle, Chloe Maxwell, Hibah Muzammil, Helena Mills, Hala Al Sharif, Nayfah Al AlAali, Imaan Makdum, Jana Hatoum, Samar Boujkali, Holly Carew, Vanessa Abdulkarim, Mayyan Al Sharif, Yasmine AlDoseri, Ria Velasco, Melissa Busek, Sarah Glassberg, Anna Schrage, Isha Khan. 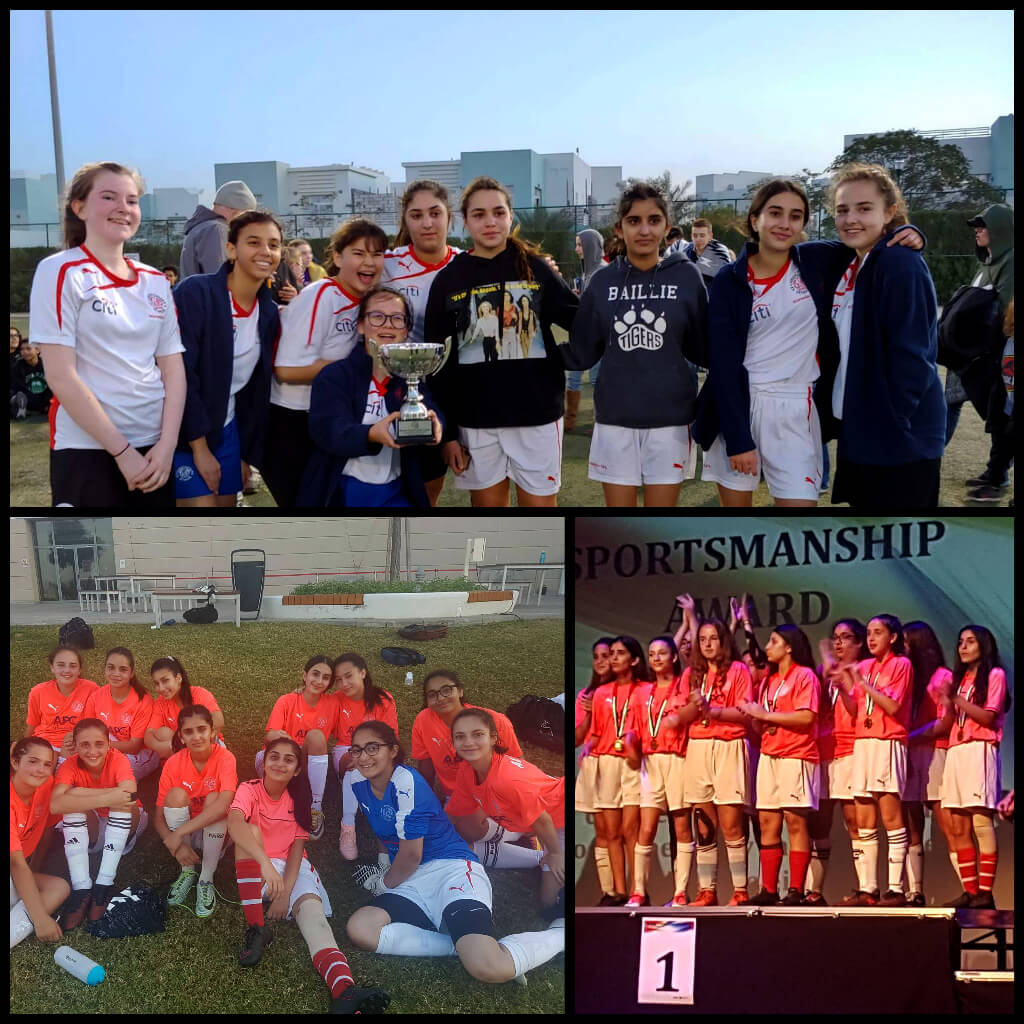