The Senior Boys A and B basketball teams travelled to RVIS to participate in the tournament marking the season finale. The one-day competition included the reigning champions, Bahrain School, our fierce on-court rivals, British School of Bahrain, and this season’s surprise package, Riffa Views International School.

St Chris A managed victories over RVIS and St Chris B team, but lost to Bahrain School and BSB. In November’s tournament, St Chris A created wild scenes when Shehrez Riaz scored a winning lay-up with 3 seconds remaining but it was not to be this time around. A 3rd placed finish is still very respectful and our team is getting stronger every year.

The Year 13s have been a privilege to coach over the last couple of years and will be sorely missed: Yousef Dhaif, Sami Al-Ruffai, Akshat Mittal and Jacob reyes. St Chris A has been well-represented by younger students this season. The arrival of the powerful Hamza Sheikh into Year 12 and the emergence of Year 11’s Ali Alqamish, one of the league’s best players, already have the coaches thinking about what we could achieve next season. The Year 11s and 12s involved in the A team were: Ali Alqamish, Hamza Sheikh, Olgu Pilav, Fritz Tautenhahn and Shehrez Riaz.

St Chris B famously defeated our A team in the November tournament and are a team built around players who are selfless, gritty and able to execute their coach’s vision. They are the only B team in the tournament and, although losing 4 matches, almost caused a major upset against RVIS ultimately losing the match by a single point. Sasha Manners and Kyle Nair were two of the tournament’s top rebounders. Tom Fellows and Hamad Al-Khalifa have the best understanding of man-marking I have ever seen and in Adam Shamma and Pavle Ognjenovic, they have tactically aware players too. The Year 13s were excellent at creating a fantastic team ethic and they included: Sasha Manners, Tom Fellows, Adam Shamma, Kyle Nair and Mohannad Salman. The Years 11s and 12s involved were: Hamad Al-Khalifa, Connor Clifton, Adam Jheir and Adam Abdulkarim. 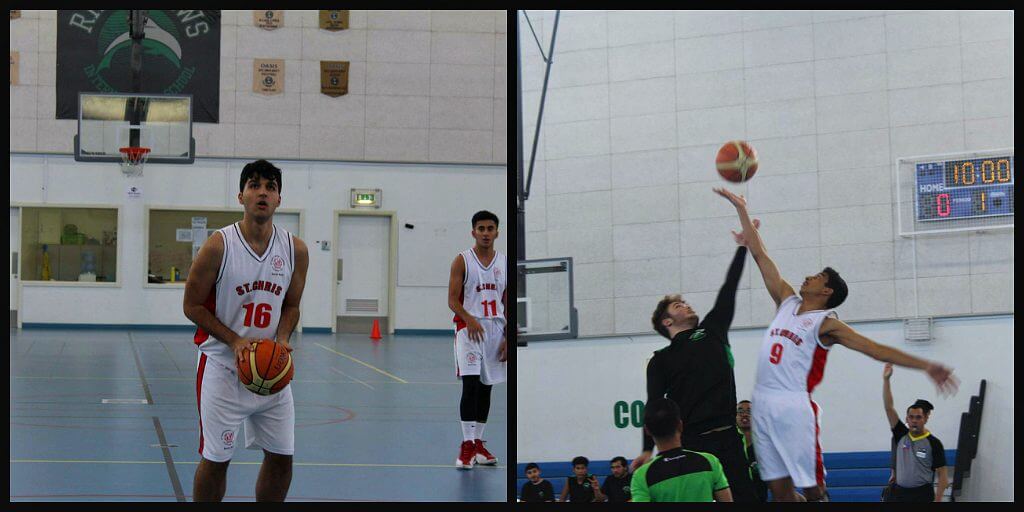