The 2018 ChrisMUN conference was the culmination of months of student led effort, guided by the directors Jamie Clark and Thomas Griffith, Secretary General Aruzia Iqbal, Deputy Secretary General Ingrid Bahnemann and many others, which saw approximately 300 students taking part in yet another instance of student initiative enabled by St Christopher’s. Students from St Christopher’s itself, the British School of Bahrain, the Indian School and many others found their voices and a home in St Christopher’s on the 28th and the 29th of September. Councils included the House of Commons, the World Health Organisation, the Venezuelan Emergency Assembly and the United Nations Security Council, all debating similarly diverse topics. Whether in speech or through voting, delegates were able to pursue the opportunity to make themselves heard, and exercise the critical thinking deemed so essential in the modern world alongside the ever valuable virtue of teamwork. Resolutions were found and perspectives expanded, with the hopes that the friendships and connections made during this conference will serve all well during the rest of their time, both in St Christopher’s and in the Bahrain Model United Nations community. St Christopher’s is both proud and honoured to have hosted an event that has contributed to forging young minds into inquisitive free thinkers. 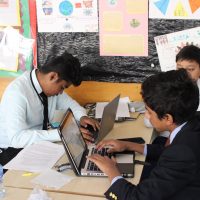 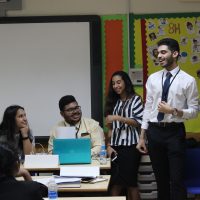 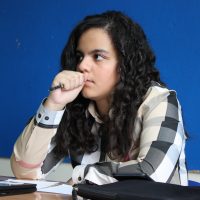 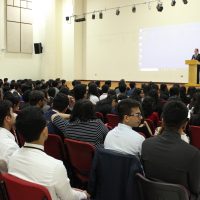