We really tried to merge awareness with active participation this year and The Lip Sync Battle did just that. The drama hall was packed to the rafters, as with all St Chris performances, although this was unlike any other. We could not have predicted the success of this event and I now believe the ‘battle’ for Lip Sync champion will be even bigger next year. Equally successful, was the ever popular bake sale. Mrs Stewart, Mrs Hobday and Mrs Woolfe managed a number of volunteers and the queues for Such delicacies was astounding. Alongside the option of such enticing baked goods was the Pink Salon, run by Mrs Smart, offering students the chance to not only Think Pink but to become pink. Finally, the Tug of War between teachers and students attracted a huge crowd and, not surprisingly, the event was intense with the students being crowned the overall winners. Think Pink events this year certainly raised awareness; not only for this very important charity, but we are now fully aware that Mr Mac has incredible rapping skills and Mr Doherty can dance! Well done, to every single person who contributed to this charity. The final amount raised was a staggering BD 1600. 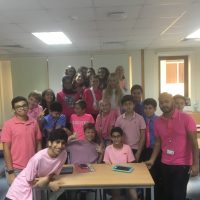 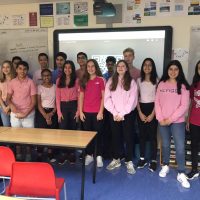 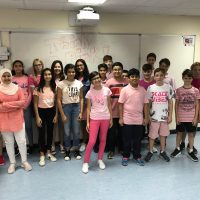 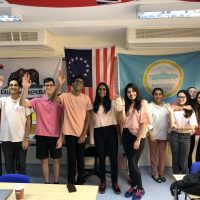