The 2018 Volleyball season saw the start of an exciting league involving BSB, Bahrain School, RVIS and St Christopher’s. Each school entered two teams, with St Christopher’s entering 3 teams and played a series of matches with the season concluding in a final tournament. Teams grew from strength to strength over the weeks, skill levels became more diverse and teamwork matured. The A Team deservedly won every game leading up to the final tournament and were crowned league winners, with the B Team in second place in front of BSB. However, in the first game of the Final Tournament, BSB played against the A Team and managed outplay the A team winning by 2 clear points. It was a tremendous display of teamwork, which is undoubtedly what led them to their victory. This became the kick-start the A Team needed and, with a new sense of desire and urgency, went on to win the rest of their matches. Only on points difference did St Christopher’s A take 2nd place, with BSB taking a very worthy 1st place. A tremendous season for all concerned and one the boys should be very proud of. Most Improved Player of the A Team is Ryan O Donnell, B Team is Oliver Hansen and the C Team, Sameh Pais. 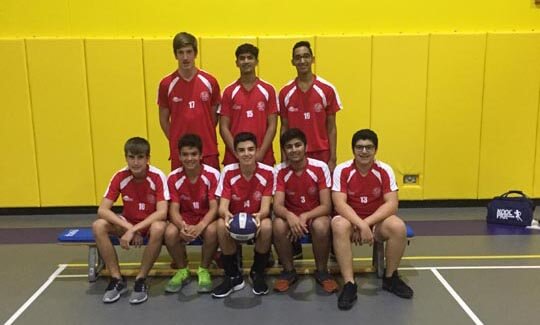