Between the 13th and 21st of November, students participating in the school’s World Scholar’s Cup programme travelled to New Haven (preceded by two days spent indulging in the unmissable and unforgettable opportunity to tour New York) in order to participate in the third and final round of the World Scholar’s Cup 2018 season: An Entangled World. In addition to all the school’s Senior Division teams performing extraordinarily well, the students thoroughly enjoyed the jam-packed, albeit extremely exciting, programme offered over the course of this trip – they returned with not only necks drooping with medals and arms full of trophies (which is arguably always a pleasant bonus) but with a week complete with unforgettable memories. Although there are far too many fabulous experiences to list in such a short space, this article showcases but a few wonderful highlights.

The first two days of the trip involved an exciting overnight stay in New York, during which students visited Times Square and the Rockefeller Centre.

After the opening ceremony came the chance to socialise with students from different schools all over the world in the Scavenger’s Hunt, in which students are placed in groups with others who they do not know and race to complete a long list of tasks which are designed to foster friendships between students.

The majority of the competition, including the much dreaded Scholar’s Challenge, the Debate, Collaborative Writing, Scholar’s Bowl, the talent shows (in which Christy Llegan performed “Burn” from Hamilton), and the debate showcase (in which Patricia Hajszan was selected for the panel, which is composed of the competition’s best debaters), were held at the Yale University Campus. The location of the university was conveniently near to that of the Omni Hotel – where the Ball, Cultural Fair and most mealtimes were held.

During the cultural fair, each delegation set up a stand decorated with their country’s flags, traditions and cuisine, and dresses in their country’s national dress. The Bahrain stand was very popular, with visitors having their names written in Arabic, being given pictures of national landmarks and being handed Bahraini flags. This was a great evening in which students had the opportunity to experience the traditions and customs of other cultures, including activities such as dancing and singing in what was a highly enjoyable event.

Following their competition day, students embarked on an all-day tour of Boston, where firstly they were guided along Boston’s “Freedom Trail” during which they learnt about the city’s history. They then proceeded to visit the popular and festive Quincy Market before being given guided tours throughout the MIT and Harvard university campuses.

The Scholar’s Ball presents the exciting opportunity for students to dress up and spend the evening dancing with friends in the Omni Hotel’s large ballroom, with an excellent DJ and a photo booth to memorialise the night. 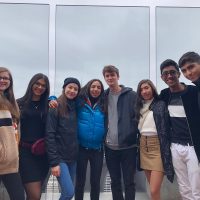 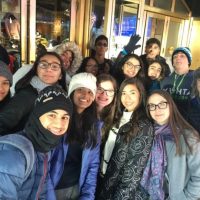 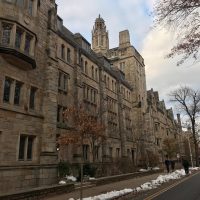 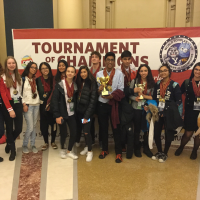 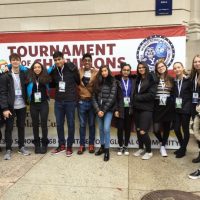 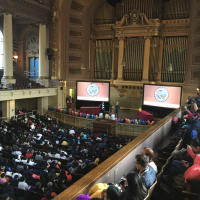 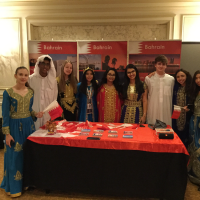 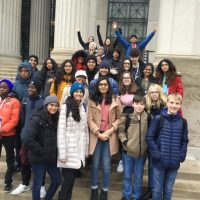